Race and dash through minions after super monster and surf through dungeon after endless dungeon! Crash through the running race that they’ve set up in each io arcade map and prove that you deserve your super gunfire. Experience beautiful and unique new runner worlds, run in the subway, run in Rio and much more! Enjoy the subway race with endless minons in this io action arcade! Unlike other io games, you get to shoot gunfire to blast enemies a x hero, dash them in the face AND crash them down with your sword!

------
DASHERO - FEATURES
------
- MELEE AND RANGED COMBAT: Are you running ALL the super weapons at your disposal? Gunfire your arrows from afar as an archer OR ready your magic as a wizard OR swing your greatsword as a soul knight! All at the same time, like a hero! That, or take them out with one punch like x hero. It’s your choice!
- UNIQUE SKILLS: An arcade running game that you can play with no wifi, play even in the subway. Surf new special abilities on every run! Select Rio’s super skills like Dash Strike, Crash Shot, Thunder Surfers and more! With much more, keep running and collect them all
- SIMPLE, INTUITIVE CONTROLS: Hold your screen to move and release to gunfire or dash- don’t worry if you are in a rush! This is an easy endless io arcade runner. No internet needed for how to play.
- INTERACTIVE ENVIRONMENT: Use the snow to your advantage! Send snow crashing towards your minions and deal them super crit damage with one punch! Run around the map under gunfire to your heart’s content; after all, it’s an action arcade game without internet! Feel the subway rush!
- CHOOSE YOUR RUNNING MAN: Choose between nine different runner, all with their own super powers and abilities! Who knows what you will find in Rio or in the endless snow race? Are you ready to grant them their x hero?
- SHOOT MAGICAL SPELLS: But why stop there? Use your gunfire and rush to dash enemies! The mega minions may be strong… but wait until they take gunfire from the super x hero alive!
- SEE WHO YOU BEAT: Climb the rankings on the leaderboard to see which man is the loser… and which bro you need to beat with gunfire just like a true x hero!
- AWESOME SKILL TREES: Level up your skills and watch as the game gets faster and easier! Gain permanent rush to your arrows, archers and runners! Do they deserve their bro hood? Surf through the minions!
- UPGRADE EQUIPMENT: Make your weapons super and search for the unique skills that will help you in the hunt for monsters in this roguelike siege royale action RPG! No internet needed for guide!
- GIGANTIC BOSS MONSTERS: Be prepared to face off against powerful bosses - you have to take them down like Saitama! You are a mega one punch man and this is a roguelike RPG for knights after all.
- FREE ENDLESS IO ARCADE GAME: Play for free, no internet or wifi needed, best game for the subway! Play Dashero NOW! 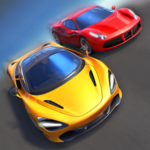 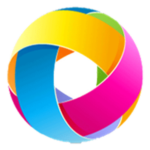 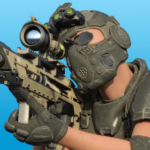