The barbarous tribes who fought amongst themselves for so many aeons are at last able to come together to found a wonderous civilization. Is yours the first of its kind in this world, or one of many? No man knows, but what all men know is that their Empire must not only survive, but flourish!

The world is full of terrible horrors, however, and they will wear away at your Empire from all sides. Natural resources have become more scarce. And perhaps worst of all, your powerful Empire has grown heavy and full of internal strife with its age. How long can you stand the pressures of survival before your Empire finally comes crumbling back down into the desolated earth from which it grew?

- Procedurally generated worlds mean that no two games will be alike. Will you find valuable mountains to mine military materials from? Food-rich forests that will grow your Empire quickly?

- A unique take on the deck building mechanism similar to those in Dominion, Puzzle Strike or Ascension. Your deck grows during the game, and it fills with both useful Action Cards, powerful Spell Cards, -- and also totally useless Strife Cards. Managing your deck is an important part of staying strong!

- A unique grid based tactical combat system. Use your Action and Spell cards to get the upper hand and destroy the enemy forces!

- Unlike traditional 4X strategy games which not only take hours, but tend to become slow and boring late game, EMPIRE is a quick, elegant knife-fight of a game.

- Gather resources and boost your economy.

- Create a massive army and defend your empire.

We have tons of plans for the game in terms of future content additions, balance patches, extra game modes, and other support.

Please check out our website at: http://empire-game.net/
Or come chat with us at our forums: http://www.dinofarmgames.com/forum/index.php?forums/empire.12/

- Only large monster armies will be spawned after a certain amount of turns.
- Monster armies now move slightly faster. Once every 2 turns on normal terrain and once every 4 turns on mountains / gems.
- Fixed game repeatedly crashing when going from combat to the world map.
- Fixed rare crash.
- Fixed bug where monster hives would no longer spawn because the entire map was filled with ruins. 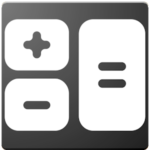