Left to Survive: state of dead

Get ready for the action-packed shooting game!
Left To Survive is a TPS Multiplayer Shooter in a world after apocalypse where zombies have enslaved the Earth and taken control. Survival war has begun!
Life is no longer what it used to be: humans are fighting for survival, and the Earth belongs to the undead from now on. Save the human race from zombie apocalypse! Start expeditions to meet the heroes of this post-apocalyptic reality, challenge other players in PvP matches and helicopter raids, and show your shooting skills. Zombie shooting game begins… now!

Fight against HORDES OF ZOMBIES in the survival game!
The world is teeming with the undead. No place to run or to hide. Become a hero of this zombie apocalypse reality and shoot up all the zombies. Start the Survival Campaign, follow the story, and rid the Earth of the undead hordes! Help humanity to rise up like a phoenix from the ashes.

Wide variety of ARMOR at your service during the apocalypse!
On your mission to save the world from zombies, a huge range of weapons and gear will be at your service. Make a choice and pick the right one from assault weapons and sniper rifles to machine guns and shotguns that will help you to shoot up all the zombies in no time in the shooting game. Equip your hero with gear to enhance his skills and powers. Upgrade and evolve weapons and gear and make heroes more powerful.

Unite them ALL in the shooting game!
Meet all the heroes of the zombie apocalypse world. Back in the day, they were totally different people, just ordinary humans. Now, it’s their duty to protect the world from zombies. Each of them has unique survival skills and abilities. Upgrade and evolve them to level up their skills. Last, but not least, gather all the survivors to give them new hope and new home. These specialists can improve your base and make life easier.

Engines checked, ready to RAID BASES in apocalypse
Raid enemy bases in the action shooting game. Zombie apocalypse has come and only the strongest will survive. Raid other bases with your helicopter and collect resources. Be prepared for a “warm” welcome, you can get into a serious skirmish: your opponents’ bases are protected by towers and local troops. It won’t be that easy to take resources out from under their noses. Equip the helicopter with a powerful weapon and upgrade it to have a successful raid. Fight for survival!

Build your BASE to ensure survival!
To survive and make the future bright, build a new home for yourself and other survivors – your base. Turn it into a place where everyone can find shelter and feel safe: produce food and resources, arm your heroes with unique abilities, modify weapons, etc. Fortify it to protect it from raids and looting.

UPDATE 5.5.0 Grab Luck by its tail! Spin the Wheel of Fortune and WIN THE JACKPOT! NEW event: Gold Fever. Join the event and get a chance to grab a solid win.NEW weapon RARITY – EXCLUSIVE. Such a weapon will always stand out wherever you are! It’s almost impossible to skip it in the Weapon Store, and on the battlefield, your opponent will see who he's up against. Get it by joining events!SOON New maps: explore all corners of a snowy military base. 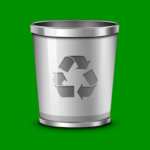 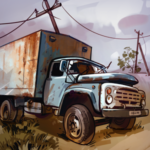 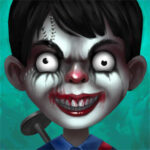 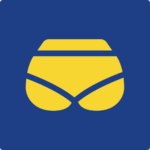