In MARVEL Strike Force, ready for battle alongside allies and arch-rivals in this action-packed, visually-stunning free-to-play game for your phone or tablet. An assault on Earth has begun and Super Heroes and Super Villains are working together to defend it! Lead the charge by assembling your ultimate squad of MARVEL characters, including Doctor Strange, Loki, Venom, Spider-Man, Captain America, Iron Man, and more.

ASSEMBLE YOUR SQUAD
Recruit your strike force and form a squad of powerful MARVEL Super Heroes and Super Villains in a fight to save the universe.

STRENGTH THROUGH EVOLUTION
Outfit and upgrade your Super Heroes and Super Villains to become stronger than ever before.

STRATEGIC DOMINATION
Who you bring to the fight matters. Pair up specific Super Heroes and Super Villains to perform combo moves to take out enemies. Expert in-fight tactics in 5v5 battles give you the power to vanquish the greatest villains of the Marvel Universe.

Bug Fixes: - Campaigns were sometimes failing to appear after tapping ""Find"" - Items were not sorted correctly after tapping ""Find - The Spider-Weaver loading screen was not appearing - The Achievements screen had a visual error - Tapping resource icons wasn't triggering a quantities pop-up - The red Rewards Badge on the Alliance Raids screen was displaying 99 - Campaign Energy icons were missing after exiting an Apocalypse Saga Campaign 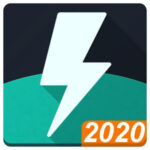