We Are Illuminati: Conspiracy

What do pop idols, freemasonry enthusiasts, world leaders and scaly-skinned aliens have in common besides money, power and cleverly disguised spaceships?

They are all Illuminati!

Join their ranks and influence as many people as you can through any means necessary! Mind control, Iluminati fake news, hidden messages in music videos, weird chemicals on water supplies: there’s a surprisingly wide array of paths for world domination in this Iluminatti simulator clicker.

IDLE SIMULATOR TYCOON GAME HIGHLIGHTS or HOW TO JOIN

-PRACTICE the world-dominating idle game skills you know you always wanted to practice by influencing people and turning them into happily subservient idle clicker lambs!

-OCCUPY the minds of human lambs all over this occult game globe in a simulator clicker by clicking your master plan into motion and idly waiting for the results, like a true tycoon game secret society chairman in an idle simulator.

-WORK hard to dominate everything and everyone! Why stop at deep occult game web-level influence when you can go mainstream in a simulator clicker idle game?

-EAVESDROP on secret masonic game and occult game idle simulator conversations by placing wires on the offices of powerful world leaders and use fake news and virus game tactics to manipulate their shady plans to suit your shady simulation game plans!

-RELISH beholding everything your Iluminati occult game influence can get you as you bring about your own new simulator clicker and freemasonry world order!

Prove simulator masonic game and clicker conspiracy theorists right and give them lots more idle clicker schemes to theorize about! Dare to dive into the idle simulator mysteries of an idle clicker virus game that will challenge everything you once assumed about alien games secret societies in a tycoon game! Find out how to join the Iluminati secret society in the most fun way possible!

Harness all the power of masonic game mysteries in a freemasonry scheme to rival the crazies conspiracies of history! No other masonic game or UFO games will ever let you let your world domination plans come true like this one! Don't let anything plague your judgment: join this secret society now!

Use your UFO games idle clicker and alien games espionage skills to infiltrate the ranks of the world’s most secretive secret society virus game and idle game group and work your way up in this tycoon game and simulation game. It's so good, it'll spread like the plague once you discover how to join the Illuminatti!

Spread some plague virus game and idle game fake news, put on your tin foil UFO games hat just in case and discover how to join the Illuminati now in this mysterious simulation game!

Big changes are coming, are you ready for the next level of world domination?Update your game and check out what’s new: Daily quests: new tasks every day to expand your power over the world; Ring-ring! Take your chances with the new “Telephone” feature! You can get a nice treat… or a threat! Will you answer the call? The fresh new interface we’ve worked up to make your experience even better!Thank you for playing!

تنزيل We Are Illuminati: Conspiracy 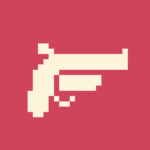 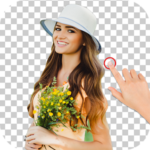 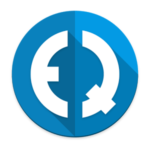 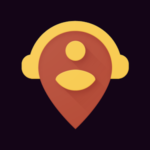