Travel to a world of Wonder, use your magic to heal corrupted lands, become friends with wondrous, fantastic creatures and merge together your very own fantasy island in the #1 merging and collecting game: Wonder Merge.

For centuries, the magical Sky Meadow flourished, until the selfishness of its inhabitants created a corruption of the land. Now, all creatures have to come together to heal the land and undo the curse. Matching and merging 3 or more items uncovers the evolution of each, merging eggs helps with collecting dragons and other creatures, and releasing your merging magic heals the corrupted dragon lands and turns them into a magic paradise!

Step into the merging games of Wonder Merge!
⭐ Merging uncovers the evolution of endless magic items!
🥚 Merging eggs gives them the evolution from eggs into fantastic fantasy dragons!
🐣 There are dozens of magic dragons and creature evolutions for collecting!
⭐ Keep merging and collecting evolutions to grow and evolve your magic game land!
⭐ In the Wonder Merge game, merging is completely free! You're free to merge when you want and free to merge eggs or dragons for collecting without paying a cent!

The healing of the Sky Meadow is in your hands; egg merging, dragon collecting, creature evolution - all this and more is in your power to save the land. 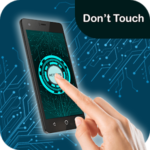 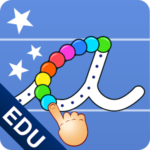