“Red Code! I repeat it's Red Code! The Zombie War, it's happening! We're being attacked by a huge wave. Defender Hero team, get on the turret NOW!”

In 2113, the zombie apocalypse has thrown humanity into the most horrible disaster, a tremendous War, which turned human beings into bloodthirsty zombies. By fighting against endless waves of zombie attacks, you, along with a hero squad, are the light in those darkest days. Your mission? Keeping the civilization safe by building the last shelter as strong as possible, boosting heavy weapons, and assembling a legendary hero team.

In Zombie War - Idle Defense Game, the rush of the creeps has never been so cruel, these battles will leave you with unforgettable impressions. There’re several maps full-filling with varieties of zombie. Each level contains several waves of the walking dead at a very high pace, which challenges your training and strategic skills. To be the greatest defender hero in this defender battle, your mission is to defeat these brutal enemies to prevent the infection. Don't forget to build a strong team to make you the most resilient squad to win this strategic idle defense shooting TD game. Having the thoughtful gameplay, this game is the perfect combination of the genres td, idle, defense, and shooting game.
Will you survive till the very end of the zombie war? Join our free game to find out!

🕹HOW TO PLAY 🕹
- Idle defending with auto mode, tap the zombie to change the shooting direction or control it manually by turning auto mode off.
- Drag the add-on grenades to the enemy zone to slay them.
- Upgrade weapons, heroes, and your turret to build a stronger team.
- Complete mission to collect more coins and gems.

Survive to the very end of the tremendous war and give hope to building a new world! 🌏

Find us on Facebook and join our Community to get support quickly:
https://www.facebook.com/Zombie-War-Idle-Defense-Game-102727741615799

Increase money and diamonds instead of decrease 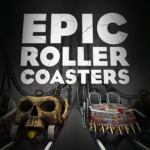 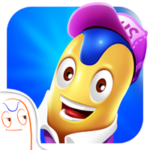